Ending your marriage can be difficult. Emotions usually run high, especially when children are involved. In the case of a divorce involving young children, a Wilmington NC child custody lawyer may be called upon to help sort through things.

The decisions revolving around your children are among the most important that you will need to make. These significant choices will shape your family’s future and impact the happiness and well-being of your kids for years to come. An attorney for child custody in Wilmington, North Carolina will help you resolve difficult issues regarding the children and help you through the process to seek the resolution that is best for you and your family.

It is helpful to understand the two main types of custody: 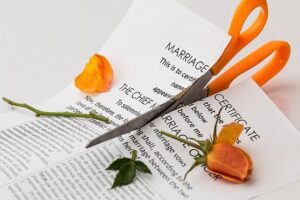 Both parents usually are allowed to have joint legal custody so they can both make decisions that involve such things as education, religion, and healthcare. A Wilmington NC child custody lawyer will explain these issues in more detail when you have a consultation.

Physical custody may be determined using a number of factors:

Younger children are more apt to remain in the care of the parent who has been providing the most consistent care. For example, a stay-at-home mother spends many hours of each day with the child and will usually be expected to continue to provide primary care. A child custody lawyer will review your case and provide you with some assistance. 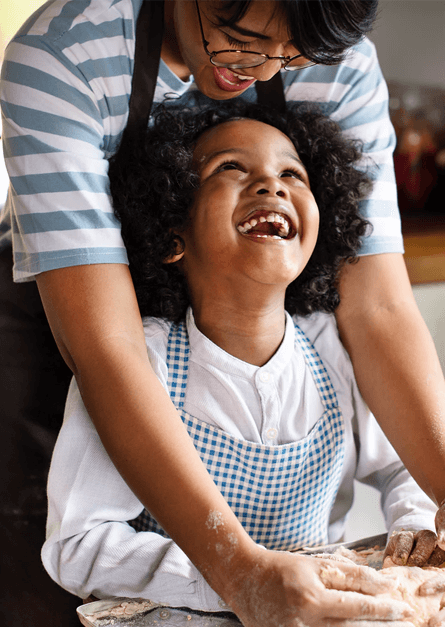 How to Find the Best Child Custody Lawyer 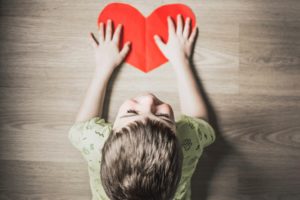 North Carolina requires that decisions are always made in the best interest of the child. The court has somewhat wide reign over this area. The courts generally prefer that the parents handle the issues involving their children before going to court.

While the courts have the ability to change a custody arrangement or a parenting plan, they typically do not do this. The law assumes that when parents agree on a custody arrangement, they do so by taking the child’s best interest in mind. Therefore, it is usually best to try to come to an agreement with your spouse before heading to court through the help of a custody lawyer.

When children are typically age 12 or older, the judge may consider where they prefer to live. Parents need to be mindful of their child’s desires and empathetic to their needs. For example, an adolescent boy may prefer to live with his father while a young woman may want to stay with her mother.

These desires are handled on an individual basis. The judge will interview the child to find out whether their desires are heartfelt and how important the decision is to the child. If your child wants to be heard on this issue, you should be sure to inform your North Carolina child custody attorney.

Sometimes parents are able to successfully co-parent with a shared living arrangement. For instance, a child may stay with one parent for three nights a week and the other for four nights, or the nights may alternate. This type of situation is most successful when parents live in close proximity to each other, preferably within the same school district and maybe within walking distance. This type of arrangement can be difficult for a child, so it is best to make sure that both you and the other parent are on board to try to make the situation as easy for the child as possible. 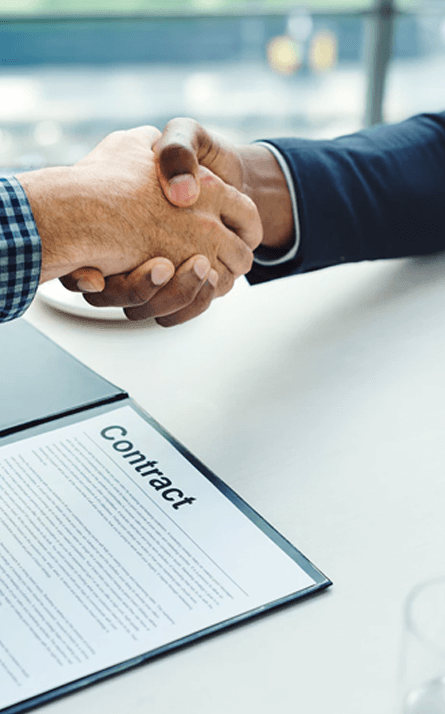 Child Custody Cases Where a Parent is Unfit

It is unusual for a parent to be denied visitation with their child. In situations where the parent has been deemed unfit, however, the court will decide visitation on a case-by-case basis. A parent may be considered unfit only for a handful of reasons such as if the parent is a convicted felon, drug or alcohol dependent, or has been convicted of harming a child.

In order to be denied visitation, a parent must be proven to be unfit to care for their child. This can be difficult and complicated because in some cases, there simply isn’t enough proof available due to reasons such as the parent not being found guilty of a crime.

The court will review the various issues that are involved in the case to decide how it should be resolved. Sometimes the answer is supervised visitation. Supervised visitation requires one parent to have another, neutral party with them at all times during a visit. This can make visits safer and less worrisome; however, it can also prove to be more complicated. In some instances, a parent may be allowed limited visits, and sometimes overnight visits are denied.

Because there are so many variables, it is hard to know in advance how the situation will work out. Discuss the case with a Wilmington NC child custody lawyer before you move forward with your case.

A parenting plan is a document that outlines all of the major issues regarding children in a divorce. You work with your child custody lawyer and your spouse to create a workable parenting plan that makes sense and is fair. Keep in mind that both parents are generally allowed to spend time with their children. Once a court order is in place, both parents need to abide by it and cannot make unauthorized changes.

It is particularly important to spend time making a plan that is as detailed as possible. If the children are in school, it should address when and where the child will be picked up from school daily and how weekends, holidays and vacations will be spent. Consider splitting the time between parents as equally as possible during a child’s vacation time.

Keep in mind that these situations might change. For this reason, the plan should include instructions for parents on how to handle changes and modifications in the future. This is particularly important when the children are young because, over the years, many things can change. Have your child custody attorney review the wording of the document to make sure that it is clear and precise.

When there is no previous order in place or when parents are not able to agree to custody arrangements, the courts generally require mediation. Mediation takes place with a professional who is experienced with child custody issues. The mediator facilitates discussions between parents and helps communications.

There are several goals of mediation, including reducing conflict between parents, allowing parents to make informed choices, and creating a custody arrangement that is in the child’s best interest. When mediation results in an agreement, you and your spouse will sign it, and it will become part of the custody order by the court. Before doing so, make sure that you have it reviewed by your custody lawyer.

Parents can attend mediation without a court order if they like. Additionally, your Wilmington NC child custody lawyer may be extremely helpful in resolving disputes between you and your spouse. Your custody lawyer will work with your spouse’s child custody attorney to try to come to a fair agreement that is best for the child. 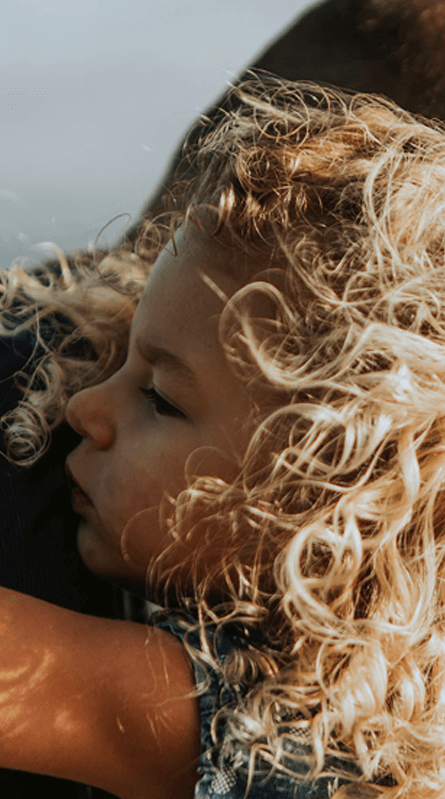 What our clients are saying

“I was very pleased with the way that Speaks Family Law handled my case. They worked hard to get the most money that they could. Everyone at the firm was always polite and always answered all of my concerns. I would definitely recommend Speaks Family Law to anyone who needs representation. I always knew that they were there anytime I needed them. A big “Thank you!” goes out to all of the people who are involved with the firm.” 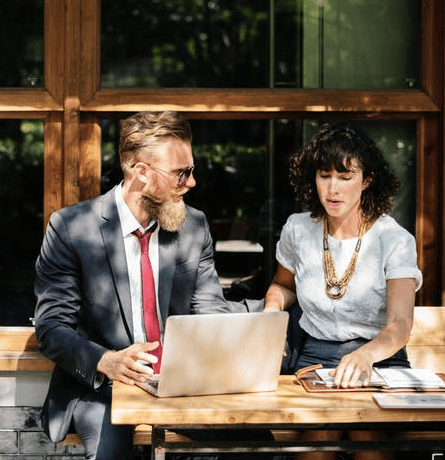 When one parent or the other wishes to relocate with the children, it can make for a difficult situation. In many instances, the other party won’t agree to the relocation because it will severely limit visitation with the child. It can be beneficial to try to work out the arrangement first with help from a child custody lawyer.

Probably the best time to relocate with your child is immediately at the time of the divorce. This is when the court will be less likely to interfere with the decision. If you are a relocating parent, you’ll need to prove that the relocation is in the best interest of the child and not just due to a change in work or living situations.

If you are a parent living in Wilmington, NC, who opposes the relocation of your child, you will need to state your case in court. This can be done with assistance from a  child custody lawyer. A change to the custody and visitation requires a court hearing. At the hearing, both you and your former spouse must be present, along with your custody lawyer.

The judge will need to see proof that the relocation is best for the child and that not relocating could be harmful.  If you oppose a spouse and child relocation, you will need to show that the child is happy, secure and healthy in his or her current environment and that a move could be physically or emotionally detrimental to his or her well being. Your child custody attorney will review what to expect at the hearing, so you are prepared in advance.

Changes to child custody and support can be made, but only through the proper legal channels. Either parent is allowed to file a modification to child custody or support agreements. The parent must be able to prove that there has been a substantial and material change in circumstances that have a detrimental effect on the well-being of the child.

It is essential that you do not take matters into your own hands by confronting your former partner about these issues in an angry or aggressive way. For example, if a parent hasn’t paid child support, you do not have the right to withhold visitation. This is a common occurrence but one that has to be avoided. Instead, take the proper legal steps if a parent is not living up to the rules and order of the court.

Contact a child custody attorney to help you resolve these types of breaches.

Child Custody Lawyers Near Me

Child custody cases can be extremely complicated and often require assistance from a child custody attorney. Even when you and your spouse seem to agree on the main issues, there are many loose ends that have to be resolved. The failure to properly handle a child custody case can have a negative impact on your child for the rest of his or her life.

You can save yourself a lot of worry and sleepless nights when you hire a child custody lawyer near you in Wilmington, North Carolina who understands the complex issues that are involved and will handle every minor detail in the case. At Speaks Family Law, we understand the many issues that need to be resolved in child custody cases, and we work hard to represent you from start to finish, achieving the results you want.