Number of Marriages that End in Divorce Getting married is a big undertaking. Even couples who are already living together before marriage legally bind themselves to one another by exchanging vows. And while there is surely no doubt that the majority of couples who get married do so with the intent of remaining together forever, divorce rates throughout the country are surprisingly high. Divorce happens for many reasons, for example:

Statistically speaking, while the number of marriages that end in a divorce changes year-to-year and varies state-by-state, there is no doubt that many married couples do not stay together forever, making Wilmington divorce attorneys invaluable. If you’re thinking about divorce, reach out to our legal team at the law office of the Speaks Law Firm, PC today.

Marriage and Divorce By the Numbers

According to the American Psychological Association (APA), more than 90 percent of all people in Western cultures marry by age 50. However, according to the same source, between 40 and 50 percent of those marriages (in the United States) end in divorce. But the APA isn’t the only authority on the subject; another source–Psychology Today—claims that a couple getting married today has a three in four chance of staying married, which means that only about 25 percent of marriages end in divorce.

What’s more, rather than assigning a blanket percentage chance of a divorce to all couples, Psychology Today notes that the chance of divorce is higher for some couples than it is for others. Those who are entering high-order marriages, which means that the person has been married at least once before, have a much greater risk of getting divorced again, about a 75 percent chance. The self-fulfilling prophecy may also have an effect on the chances of a divorce.

For example, if a party enters a marriage believing that their chances of staying with their spouse are only 50/50, they may be more at risk of divorce than would parties to a marriage who both believe they will 100 percent remain married throughout the course of their lives. Other data points blur the conclusion even more. For example, the National Survey of Family Growth found that between 2006 and 2010, the probability of a marriage lasting at least a decade was 68 percent for women and 70 percent for men. The probability of a marriage lasting for at least 20 years was only 52 percent for women and 56 percent for men, according to the data, supporting the claim that about 50 percent of marriages end in divorce. 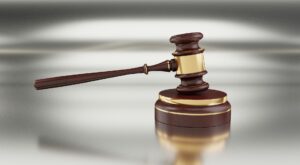 In reality, statistics won’t dictate whether or not your marriage will fail or succeed. What is important is that if you and your spouse are thinking about separating, working with an experienced Wilmington family law attorney will be the first step. For an initial consultation with the qualified divorce lawyers at the law office of the Speak Law Firm, PC please call our legal team today at 910-507-2369 or send us a message directly.