What To Do If Your Spouse is in Contempt of Court After a Divorce Settlement in Wilmington, NC

Schedule a Consultation Today
Read Full Post
Contents hide
1 What To Do If Your Spouse is in Contempt of Court After a Divorce Settlement in Wilmington, NC
1.1 Reporting a Violation of a Divorce Settlement
1.2 Court Hearing and Orders
1.3 Seek Help from Reliable Legal Experts
1.3.1 Questions or Schedule An Appointment?
1.3.2 Practice Areas
1.3.3 Hours of Operations 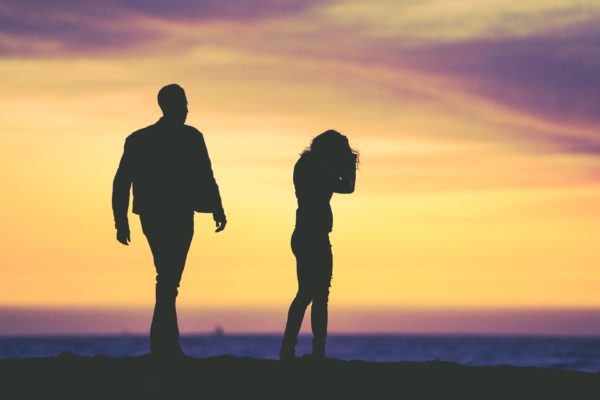 If your spouse is violating a divorce decree, you might try to force him or her to adhere to the terms. However, the most reliable course of action is to head to court right away with a skillful Wilmington Divorce Attorney.

Contempt of court divorce settlement may include:

Violating a divorce decree is considered contempt of court. That’s because divorce decrees are ordered by court, meaning only the court can make changes. Parties to the settlement cannot modify the agreement unilaterally.

Reporting a Violation of a Divorce Settlement

Go to a court clerk to get the necessary documents to cite your spouse’s violation of the divorce settlement terms. Keep in mind that the person who makes a contempt motion possesses the burden of proof. Therefore, you’ll need to collect evidence convincing enough for a judge to award you relief.

For a person to be declared in contempt of court, it’s a must to prove the following:

Be sure to get solid evidence that your ex willfully violated the order before turning to the courts for a remedy.

Once you have filed the forms and served your ex-spouse with a copy, the court will schedule a hearing. During the trial, the judge will probably provide an order mandating your ex to obey the divorce settlement agreement. Typically, the order will have a time restriction for compliance. That’s also when you will present any proof you’ve collected to the court.

Given that your former spouse doesn’t cease to violate the conditions, then you should make a second motion in court. The subsequent motion should be accompanied by the copy of the divorce settlement and recent court mandate. Here, the judge will most likely sanction the disobedient ex in some way. The penalty may be inclusive of court contempt, which can lead to imprisonment. The jail time threat isn’t intended to be punitive, but rather to enforce compliance.

In some cases, however, the court can officially hold a former marital partner in contempt, but fail to jail them. Such situations may include:

Alternative sanctions may include the following:

The sanctions are meant to make your ex-spouse compliant with the divorce settlement terms.

Without a doubt, divorce is hard enough already without having to face an ex who fails to obey set terms. With the help of a qualified Wilmington divorce attorney, you can fight for your rights in the acrimonious circumstances. At Speaks Family Law, our divorce lawyers are ready to assist you with your contempt of court divorce settlement case. Get in touch with us as soon as possible via 910-909-3701 or fill out our online contact form.

© Copyrights 2022. Speaks Family Law Firm. All Rights Reserved.
The information in this blog post (“post”) is provided for general informational purposes only and may not reflect the current law in your jurisdiction. No information in this post should be construed as legal advice from the individual author or the law firm, nor is it intended to be a substitute for legal counsel on any subject matter. No reader of this post should act or refrain from acting based on any information included in or accessible through this post without seeking the appropriate legal or other professional advice on the particular facts and circumstances at issue from a lawyer licensed in the recipient’s state, country, or other appropriate licensing jurisdiction.

We focus on each case like it is our only case. We thrive on finding creative, comprehensive and effective ways to exceed client expectations. We adhere to the highest standards of ethical conduct.
Our Divorce & Family Law Firm Office in Wilmington, NC
© Copyrights 2022. Speaks Family Law Firm. All Rights Reserved.
Powered by Law Firm Marketing Pros

This website and the information contained here within is provided by Speaks Family Law as a service to clients and friends. It is not intended to be a solicitation or to render legal advice. Contained in the website is information about legal issues and legal developments. Content provided is for informational purposes only and may not reflect the most current legal developments. The content is not intended, and should not be taken, as legal advice on any particular set of facts or circumstances. You should contact an attorney for advice on specific legal problems.

Use of this website or the information provided by this website, including contacting one of our attorneys, does not create an attorney-client relationship between you and the firm. Prior to the acceptance of a new client or matter, the firm must conduct a search for possible conflicts of interest (already representing another party involved in the matter), and obtain a signed engagement letter. This website should not be used to provide confidential information about a legal matter. This website may provide links to third-party websites. Such linked websites are not under the control of Speaks Family Law and the firm assumes no responsibility for the accuracy of the contents of such websites.